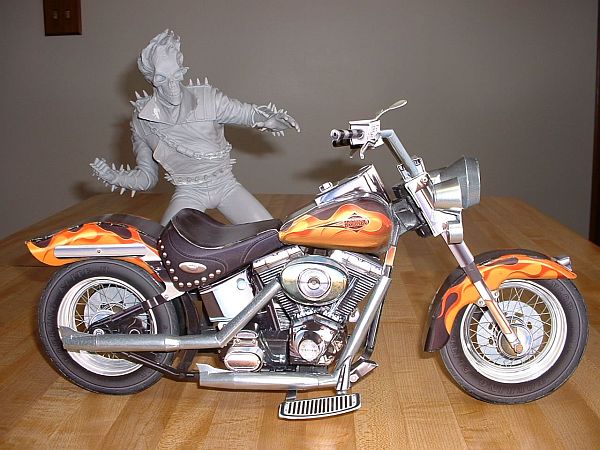 My goal was to modify the Horizon Ghost Rider kit such that it could sit astride a similar-scale model of a Harley Davidson Motorcycle. Referring to the photo at the top of this page, you can see the GR kit completed, but the upper body parts are not yet glued together. You can also see the completed Harley kit. The three modifications are: 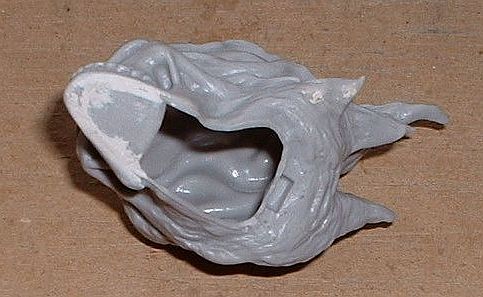 Vinyl kit's parts are molded such that they all have an opening at the "bottom" of the part. In this case, there was a large opening at the bottom of GR's head/skull. When mounted to the body. to me, there is a hole at the bottom of his chin. Some would say this is correct for a skull head. but I didn't like the way it looked, so per the above photo, I cut a small piece of scrap vinyl to fit into the chin opening, glued it in place, and filled with putty.

The above photos show the original left hand, and then the modified left hand. Essentially, notches were cut at all of the joints of the thumbs and fingers, then heated and glued, so that they would be curled, so as to grasp around the handlebar grip. 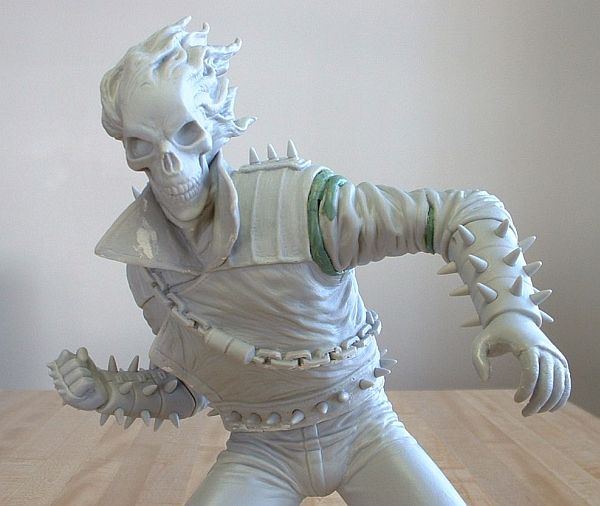 The photo above show's how GR's left arm has been rotated down about 90 degrees, and pushed outward, so the hand is in proper position to grasp the handlebar. The large gap was filled with (green) epoxy putty, formed to look like folds in his jacket. The modified left hand was then attached to the arm. 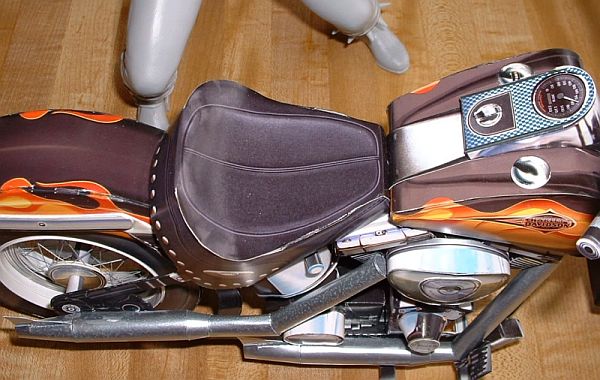 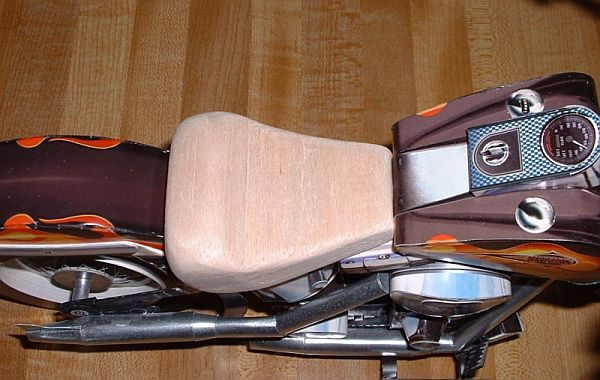 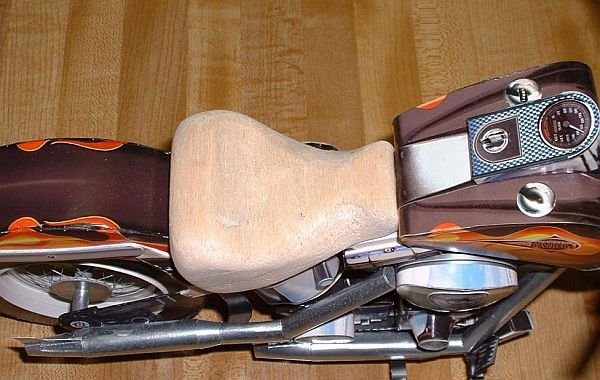 The top photo shows the seat that came with the Harley Kit. However, as formed, it is too wide for the vinyl thigh's of the GR model to straddle it, such that his butt will nestle down into the seat. So I replaced the original seat with one I made from balsa wood (middle photo). Then I slowly shaped the new seat until it was properly tapered (bottom photo), so that GR could be securely seated, and grasping the handlebar. It was not required to glue GR to the seat. 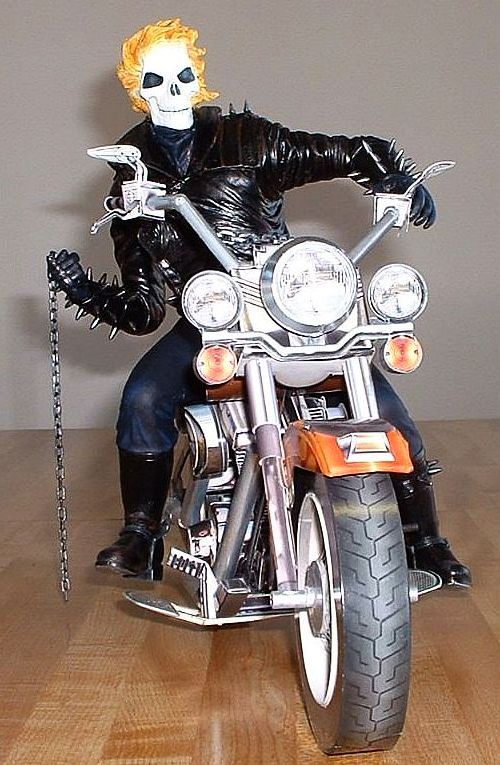 As you can see from the photo above of the completed model, the angle(s) of the left arm look a bit "awkward", but I feel it was the best I could do.